In 2014, Jane has worked on a project of calligraphy and illustration inspired by the writings of Pierre Lassalle. These were quotations from his books, and also poems, prayers and spiritual reflections from this gifted writer. Jane interpreted these texts using her own gentle and mystical images, giving free rein to her imagination.

You can learn more about the works of Pierre Lassalle on his own web-site. 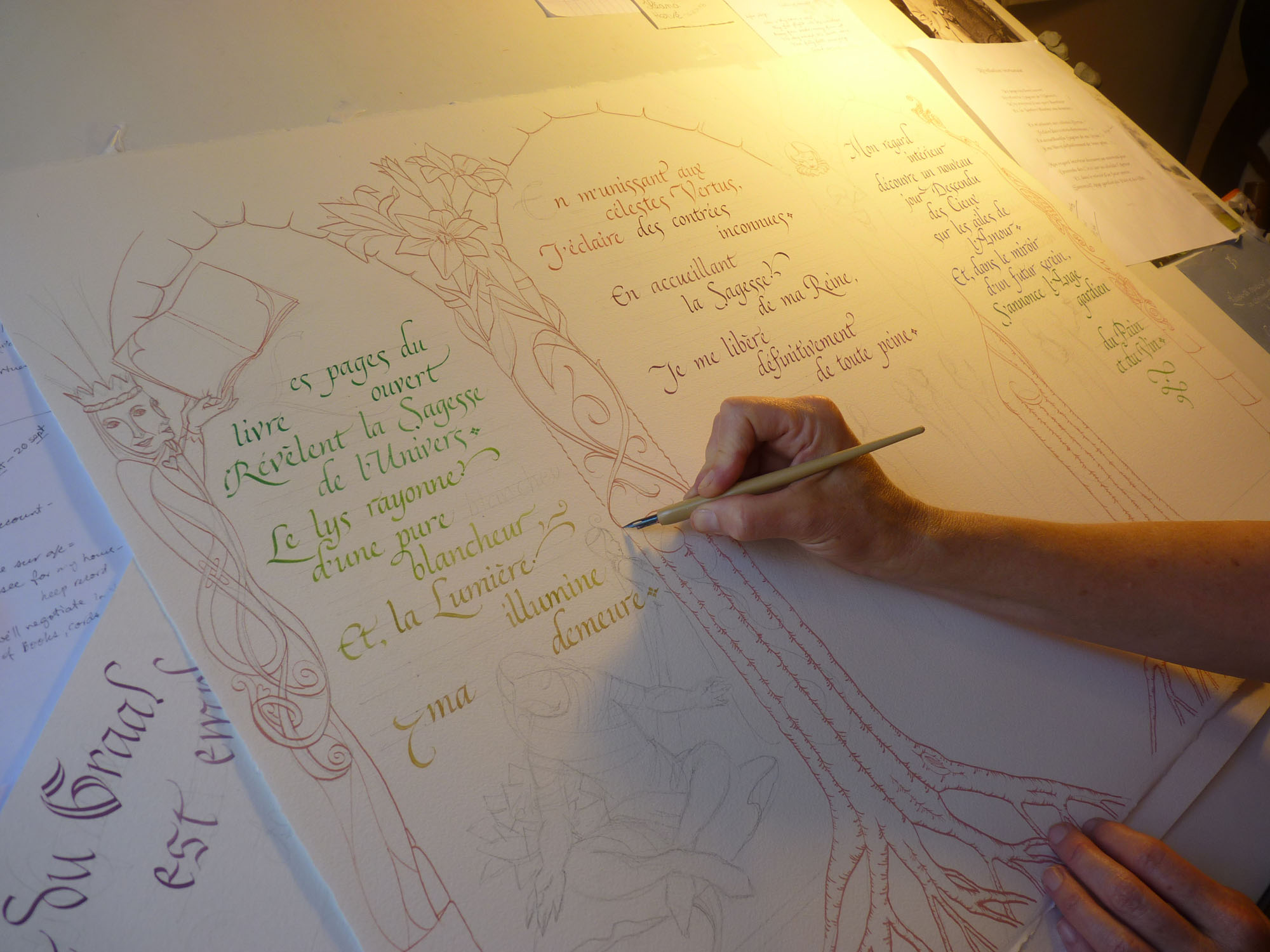 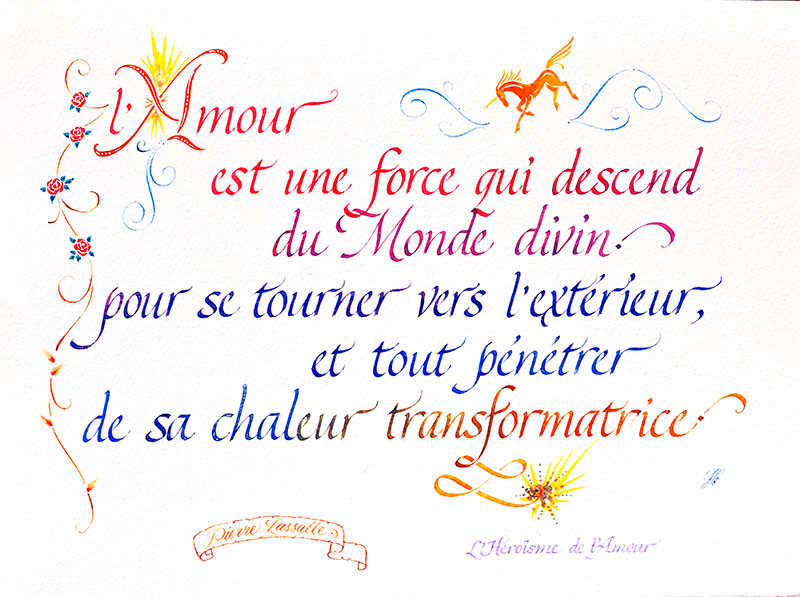 This short video (in French) is an interview conducted with Jane regarding the project: