Jane Sullivan is a recognized specialist in Calligraphy and Illumination who works regularly on orders for both companies and individuals. If you are interested in her work you can contact her directly.

Jane’s calligraphy is based upon the scripts of Europe from Antiquity up to the invention of printing…and even beyond that, because the graceful style called “Copperplate” dates to the 18th and 19th centuries. This latter is a hand that Jane uses very frequently, often to complement more ancient styles. Among the hands that she enjoys you will find Uncial, Carolingian, and of course Gothic and its descendant French BÃĒtarde.

Jane also works in Italic and Humanist (sometimes called “littera antiqua”). Furthermore, she is specialised in all forms of Insular calligraphy, that is to say the majuscule and minuscule hands of medieval Ireland and Britain. 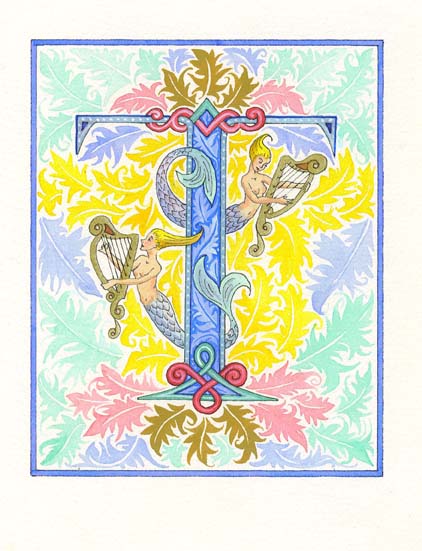 Complementary to these styles of calligraphy, Jane’s illuminations are inspired by medieval manuscripts; however, she works in quite a modern fashion, using fine quality gouache in place of hand-prepared pigments, for example. (That said, artist-quality gouache is actually the descendant of the pigments of the Middle Ages.) Nonetheless, one could say that Jane does indeed use the approach of a medieval scribe, as she does not “copy” the illuminations of other illuminators, but rather she creates her own original designs from her imagination and from the inspiration of the manuscripts she consults, just as the scribes of the past have always done.

The forms of illuminated decoration that Jane prefers above all are those from the Celtic tradition: the knotwork and interlace which were the jewel of Insular art in the early Middle Ages, as one finds in the magnificent Book of Kells or the Lindisfarne Gospels. 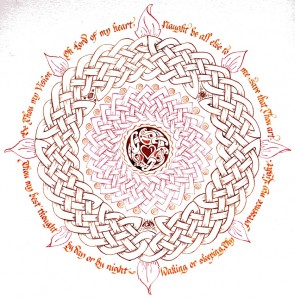 In this little video, Jane combines her talents of calligraphy and celtic harp, as she does also on her youtube channel.

Here are some examples of work that can be ordered from Jane:

To place an order, please contact Jane. She will then produce roughs to discuss with you before beginning to work on the final project. Prices vary according to the time and detail/complexity of the work. 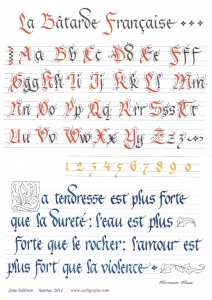 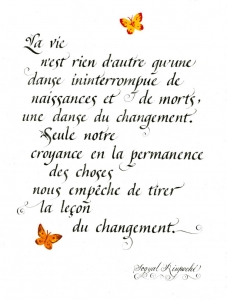 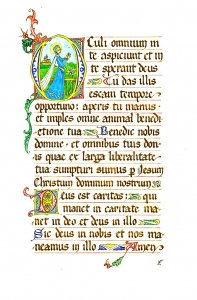 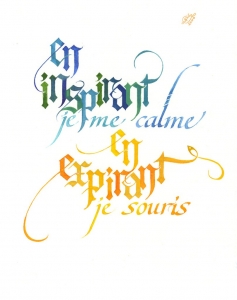 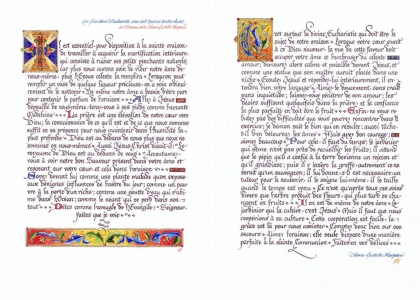 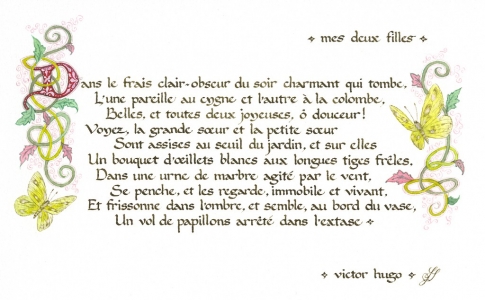 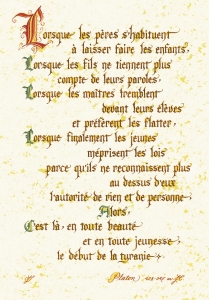 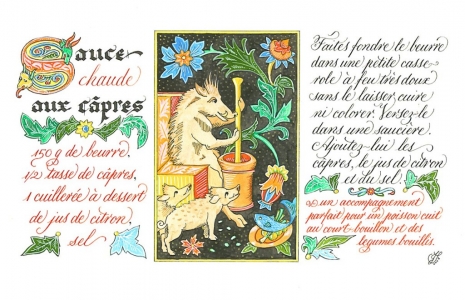 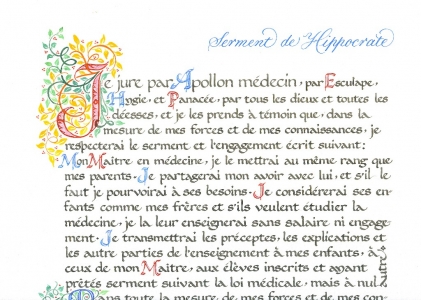 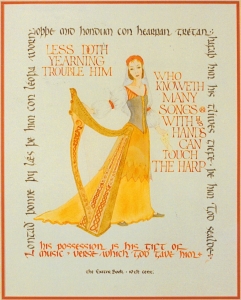 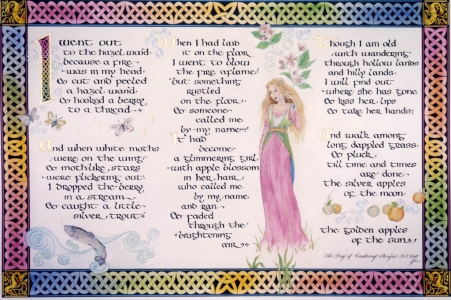